On 15.05.1990 I was born in a small town near Lake Constance. In my early youth, I browsed through various sports clubs without finding the right sport for me. I was always too tall for my age, already at the age of 2 I measured almost one meter. I felt like I was in a body that was too big, and my motor skills suffered as a result.

Rowing 8s of the Landesruderverband Baden-Württemberg (Darius Braun 5th person from the right).

I got into rowing when I was 11 and had the feeling of belonging to something for the first time, as I was very good at it. My coach quickly recognized my potential, which led to me being accepted into the youth team of the Baden-Württemberg squad and soon transitioned into competitive rowing with daily training. There, the goal was to win a title in the German championships. Suddenly, however, I had to realize that there was something wrong with me: my performance at school was declining and I also had to miss a lot of sports. But medical examinations only suspected hormonal changes in an adolescent. Nevertheless, my complaints increased day by day and my classmates began to exclude me completely and to mob me. One day after qualifying for the German championships, I was plagued by extreme headaches that felt like spear hits in my skull. When I was supposed to attend school the following day, I barely managed to keep my eyes open and my balance because of the persistent headache. When finding words, I permanently stuttered, feeling as if I had lost all control over myself. That day I was sent from one doctor to the next, until at the end of the day, after an MRI scan, I was told that I had a tumor the size of a potato on my brain stem. The doctors said that surgery would have to be done immediately or this would be my last week. The very next day, the brain tumor was fully removed within an 8-hour surgery. Wired all over my body, with a tube in my head and one from my neck to my heart, I woke up in the intensive care unit to find that my left side was paralyzed. 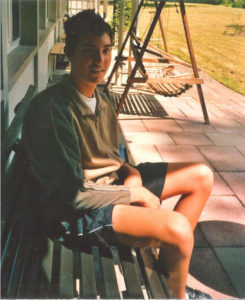 Thanks to the fitness I had acquired through competitive sports, I spent only 10 days in the hospital and was discharged on my 15th birthday. For one day I was at home, but I could not walk and I was hardly able to articulate. This was followed by a three-month stay in a rehabilitation clinic, where I had to learn the basics of motor skills again. The focus was on gross motor skills, I could not yet work on fine motor skills. In the clinic, the doctors shared the opinion that I would be lucky to be able to move properly again, to graduate from secondary school and possibly to do an apprenticeship. I should not be sad if I could not achieve further sporting success and be satisfied that I was not severely disabled. At that time, the chief physician turned to me and said that after the sixth year following my operation, no more motor improvements could be expected and very likely visible damage to the musculoskeletal system would remain.

After more than three months I was able to attend school again, however, the high school was now very overwhelming for me, so I changed to the secondary school and graduated very well. From this point on, I had the feeling that I could take off again. In the next school year I attended the Realschule and in the autumn vacations I went on a hiking vacation to Mallorca with my family. At this point, I still didn’t have a decent sense of balance and was still unsteady on my feet, making most hikes a big challenge for me that I still wanted to master. While traversing a rock face on the last day, I slipped and fell several feet into a boulder field. When I woke up from the shock, I felt that my arm was broken in two. Since it was no longer possible to get down to the valley, I had to be flown by the mountain rescue team with a rescue helicopter from the mountain to the nearest hospital, in Palma. There I was put in a temporary cast so that I could be taken to the hospital in Germany the next day. An X-ray revealed that my elbow was in shambles, which was followed by about 5 hours of surgery. The operation went surprisingly well, but the nerves of my left arm were severed and my hand was again completely paralyzed. 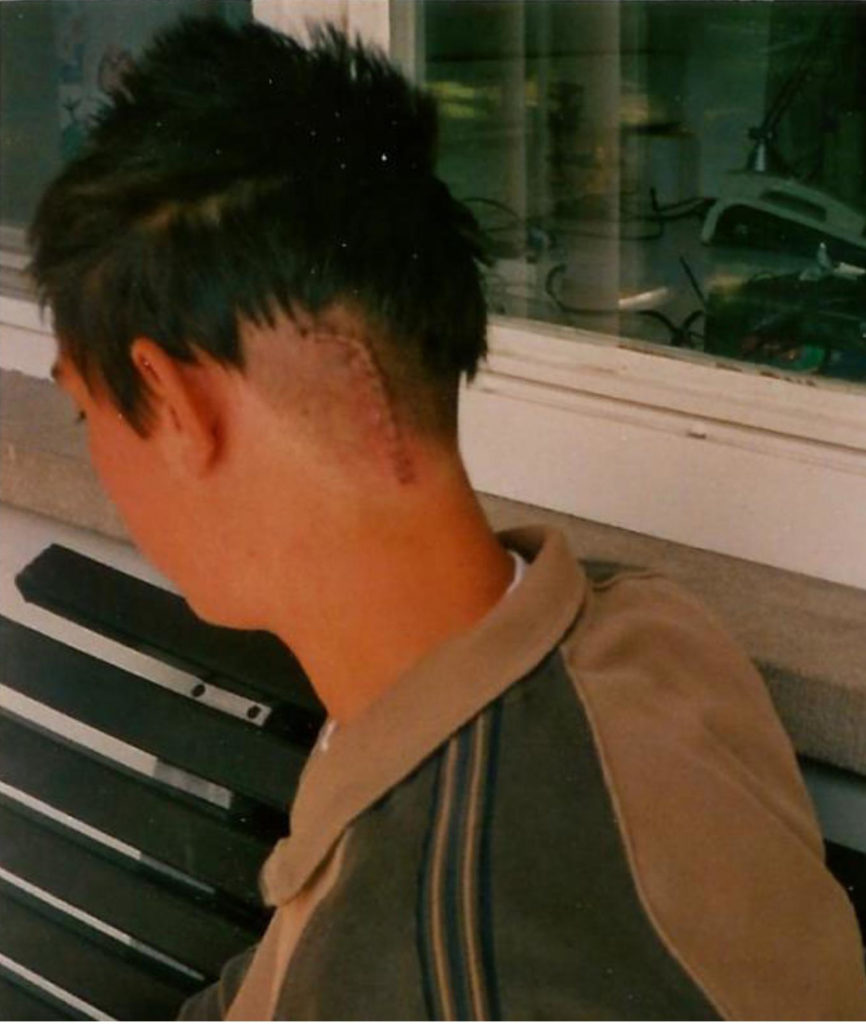 My doctors assumed that I would be able to move my hand again in the next two months. Unfortunately, this was not confirmed. Even modern stimulation current therapies did nothing for the time being. Even with daily concentration and manual therapy exercises for my left hand, there was no improvement. Even the physiotherapist gave up hope, but wanted to practice with me as long as I was willing to do so. After more than 11 months I succeeded for the first time that the nerve impulses arrived in my hand, but nobody else believed that this could really be the case. However, my feeling increased steadily and after another month, my hand could be moved again. Thus I had overcome my second big hurdle.

Due to my good performance in my secondary school exams, I was able to attend the technical high school and fully concentrate on my career, even though it was clear to me that this would be a difficult challenge. However, my teachers were not convinced that I could make it to the Abitur. Despite my major concentration problems and the effort of repeating tasks many times, I fought my way through to the exam.

Because of one missing point, I did not pass the Abitur exam on the first try. It cost me enormous emotional effort to tackle the 13th school year again, but this time I passed. As a result of the behavior of many a disgruntled teacher, I developed the desire to study to become a teacher myself, as I was convinced that I would be a more motivating teacher than I had experienced with many of my teachers.

At the “Pädagogische Hochschule Weingarten” I started after this success a teacher training study in the subjects technology, history and geography and again I was told, the teacher training is nothing for me and one wanted to let me fail by the semester practical course. Nevertheless, I completed my studies well. Even in the following traineeship I could not follow the straight path. There were strong doubts about my ability to pass the clerkship at all, so I had to extend it by half a year. Because of this and other circumstances, it was necessary to make 14 regular teaching visits instead of 6. But still I passed and was allowed to call myself a teacher from now on. However, I now realized that this was no longer a path I wanted to take immediately. Since then I have been working as a tour guide for an adventure and hiking tour company, which offers individually guided hiking tours through Europe, but also worldwide. For a long time I have decided to go on a big adventure, which I now want to realize in the form of the Panamericana tour. My goal is to find myself more in the year, but also to explore boundaries and overcome fears. It is also a concern of mine to stimulate a sustainable, ecological awareness.

Since my previous life path consisted of permanently overcoming set limits, I would now like to lead a life in which I determine my own limit. My optimistic view on life paired with my willpower offers me the basis to push these limits further and further.

Despite my, only 31 years, I can look back on an unusual life experience due to my extraordinary history and my adaptation to difficult situations, which could possibly be inspiring for others. Since I know many people with similar experiences, but who tend to fall into depression, I would like to be a motivation for others to overcome their own hurdles. 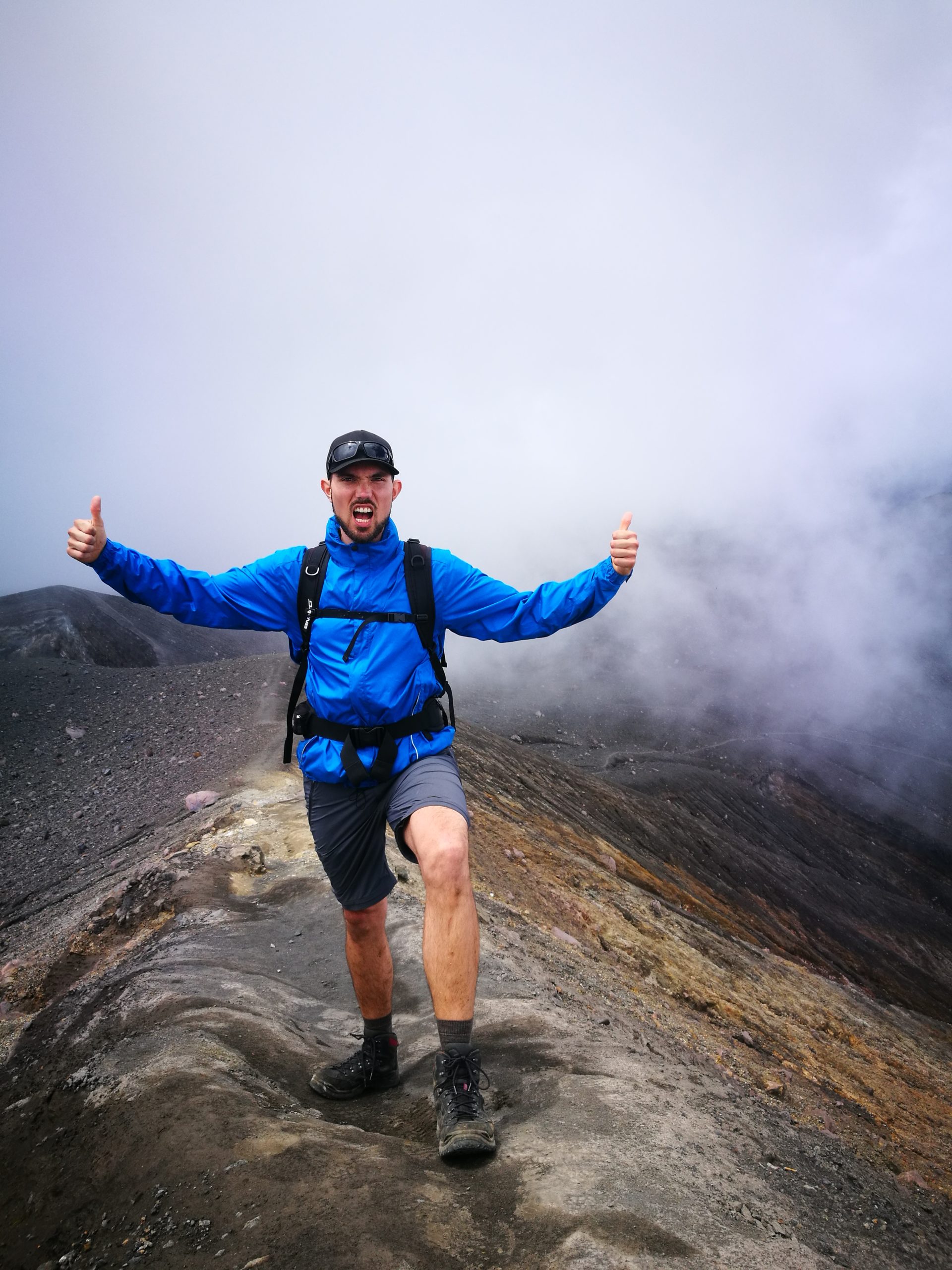